In this HeartStrong.com video, we are going to talk about fat. The different types of fat and the recommendations about how to incorporate fat into your diet.

Fat is the main way that your body stores excess energy. While you can store about 2000 calories of glucose in the form of glycogen (how we store carbohydrates as energy), there is no limit to how much fat the body can store much to the disappointment of many obese individuals. Fat comes in at 9 calories per gram unlike carbohydrates and proteins which are only 4 calories per gram, thus fat is quite “calorie dense”.

Having fat in your diet is important for normal metabolism, however most Americans have diets too high in fat. Many authorities recommend diets of 30% fat or less, however ideal diets for heart health can be much lower in fat. A whole food plant based diet is usually under 20% fat. Diets to reverse heart disease include a whole food plant based diet without oil and limited nuts/seeds/avacado/coconut (higher fat plant foods) which make this dietary pattern less than 10% fat as you will see later in the HeartStrong.com program! Diets high in fat of any type certainly will not reverse heart disease and can significantly contribute to the progression of atherosclerosis. 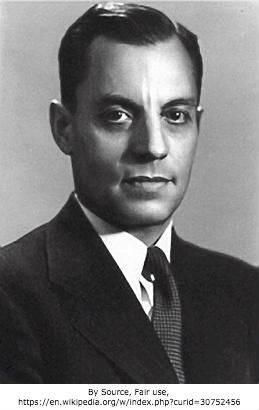 The famed scientist Ancel Keys (who held two PhDs) conducted a historic “Six Country Study” published initially in 19531 clearly demonstrating that the more fat you eat the higher the risk of heart disease.  Eventually, Keys did a follow-up Seven Country Study2 strongly showing the dangers of a type of fat called saturated fat found almost exclusively in animal foods. This has indeed been confirmed and is the consensus in the scientific community. Thus both saturated fat in animal foods and the animal protein itself (as we discussed in the protein section) contribute significantly to heart disease…a double whammy for meat, seafood, eggs and dairy which should be avoided to prevent and reverse heart disease.

Fat is not all bad. While it does have a high calorie density of 9 calories per gram, it does help in many normal body processes including aiding in the absorption of fat-soluble vitamins A, D, E and K as well as other important metabolic functions as we will see.

As you probably know, to most humans fat tastes good. This is how the human body has evolved, since fat is indeed quite high in calories and our bodies are programmed to make sure that we get the energy we need to keep going and not die from starvation. We are no longer starving but still have these human instincts to eat fat. This is one of the reasons obesity in America is now an epidemic and on the rise. Thus the ideal diet for weight loss is a diet very low in fat. “The fat you eat is the fat you wear” so they say…from your lips to your hips! Once you are able to lower the fat in your diet, the craving for the taste of fat subsides slowly, in about 8-12 weeks. This takes longer than the craving for sugar and salt which take only about 4 weeks to dissipate. Nevertheless, it is important to keep the fat in the diet to a minimum.

These are the types of fat that we will discuss

Cholesterol is technically a type of fat as well. Read all about the very important topic of dietary cholesterol and blood cholesterol levels as they relate to heart disease here.