In this HeartStrong.com video/article we will examine diabetes and how it relates to heart disease.

Diabetes is defined as a disease in which the body’s ability to make insulin (type I) or use insulin (type II) is compromised. Insulin is the hormone that helps control glucose, the main form of sugar, in your body. When you eat certain foods, your pancreas releases insulin to help the body take the glucose molecules and get them into cells for energy use or storage (called glycogen).

Type I diabetes is fortunately somewhat rare and occurs frequently in childhood when the pancreas simply stops producing insulin. Type II diabetes is unfortunately very common and occurs when the body develops resistance to the effects on insulin, not insulin deficiency like type I. While both type I and type II diabetes significantly increase the risk of heart disease, more focus is put on type II since it is much more common, preventable and even frequently reversible.

To diagnose diabetes type II, a fasting blood glucose level must be greater than 126 mg/dL. A person is “pre-diabetic” if their fasting glucose is between 100-126 mg/dL.

The insulin resistance in diabetes type II is predominately from fat within the muscle tissue and other organs blocking the effects of insulin. Thus the absolute best treatment for this disease is to decrease fat in the body (lose weight) resulting in less or completely reversed insulin resistance.

Why Does Diabetes Type II Develop?

Diabetes type II is thought to actually be a protective mechanism designed by evolution to stop you from becoming too obese. Humans throughout history went through periods of feast and famine. When food was available, we store energy as fat. Then that fat is used during times when food is scarce.

This all makes sense, but how does it relate to diabetes type II? Well, if food was available and you overate on a regular basis, you may gain so much weight that you would be significantly hindered if you had to run away from danger or if you were in a battle. To stop the human body from becoming morbidly obese, many people become insulin resistant. Excess glucose calories are then spilled into the urine instead of being stored as fat. Thus in a sense, diabetes type II is a way that your body uses to tell you that you have too much fat on your body.

People think of diabetes as a problem with sugar and carbohydrates. This could not be at all farther from the truth. While too much sugar and unhealthy carbohydrates contribute to weight gain, in general diabetes is a problem with fat. Specifically, too much fat in the body ends up blocking the effects of insulin causing insulin resistance to occur. This is why losing weight, no matter how it is done, improves and even reverses diabetes. When you lose weight, what actually comes off your body? You do not lose carbohydrates from your body…you lose fat.

People may eat sugar or a food with a high “glycemic index” and see their blood glucose levels go up in the next hour or two. They then immediately assume that it is these foods that cause diabetes when in reality, the diabetes is caused by too much fat in the body. This is why diets actually high in healthy carbohydrates and very low in fat can promote weight loss and reverse diabetes as you will see in the Healthy Eating section.

Diabetes type II is considered a “heart disease risk equivalent” meaning if you have developed diabetes type II, then you essentially also have heart disease. Therefore, every type II diabetic has at least some atherosclerotic cholesterol plaque build-up in the coronary arteries. That does not mean that every diabetic will have symptoms of heart disease since the narrowing of the artery may only be mild and severe blockage may not be present, however, heart attack risk will be high in this setting.

Remember that heart attacks happen when a mild cholesterol plaque becomes inflamed and ulcerated then suddenly forms a clot 100% blocking the coronary artery within minutes. Since every type II diabetic has at least mild plaque, the risk of heart attack is high.

Diabetes is a National Emergency

The statistics about type II diabetes are startling and the trend closely mirrors that of obesity in America. In 2012 almost 30 million Americans or 9.3% of adults (almost 1 in 10) suffered from type II diabetes according to the CDC. In 2015 half of all adults were either diabetic or “pre-diabetic.” The high rate of diabetes is thought to be related to predominantly dietary patterns in Americans and much less from physical inactivity. The food industry’s role plays a major factor and government subsidies promote unhealthy food production. The reality is that a large majority of type II diabetes is preventable AND even reversible.

Nutrition to Treat and Prevent Diabetes 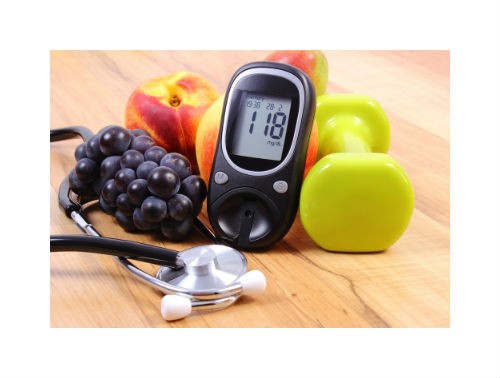 Diet and lifestyle modifications to prevent and reverse diabetes unfortunately is not the focus of healthcare systems, government policies or big industry predominately simply because there is “no money in healthy people.” Diabetics are sent to nutritionists one time if at all. They are given information about counting “carbs” and told to avoid junk food, but few listen to this advice. Using nutrition to treat the disease is not the focus of many physicians as most medical schools do not have ANY nutrition courses at all for physicians in training. Thus nutrition is not emphasized during office visits and instead doctors simply prescribe medication after medication to control glucose levels and do not address the underlying cause of the problem.

Billions of dollars are spent researching drugs that will have a small to moderate effect at lowering blood sugars. There is still no drug on the market that comes close to a healthy lifestyle in controlling type II diabetes.

Drugs that lower blood glucose have NEVER been shown to prevent a heart attack, prevent a stroke or make you live longer (what we refer to in medicine is improving “mortality”). Then why the heck do we give the pills??? Well…there is research that controlling blood sugars with medication can lower the risk of eye damage, kidney damage and nerve damage. This is due to protecting small arteries from being damage, referred to as “microvascular disease”. However, controlling blood sugar does nothing to help large arteries (does not reduce “macrovascular complications) such as the coronary arteries of the heart or the arteries to the brain, thus heart attack and stroke risk is not reduced by any pill to control blood glucose. However…if you can eliminate diabetes completely with diet and lifestyle changes, then indeed heart attack, stroke risk and mortality will be improved.

Former president of the American College of Cardiology Kim Williams M.D. warns that within just a couple weeks of starting a plant based diet, blood sugars may drop so low that people can have severe low glucose reactions. He states that diabetic medications need to be stopped quickly when this approach is used.

Diabetes rates are increasing in America due to the increase in meat, dairy, processed foods, refined carbohydrate and sugar intake. Having diabetes type II means you also have heart disease since they go hand in hand. Using lifestyle changes including physical activity and good nutrition can treat type II diabetes and in most cases completely reverse the disease process, even when it has been present for decades. The HeartStrong.com program will guide you through how you can make this a reality for yourself.